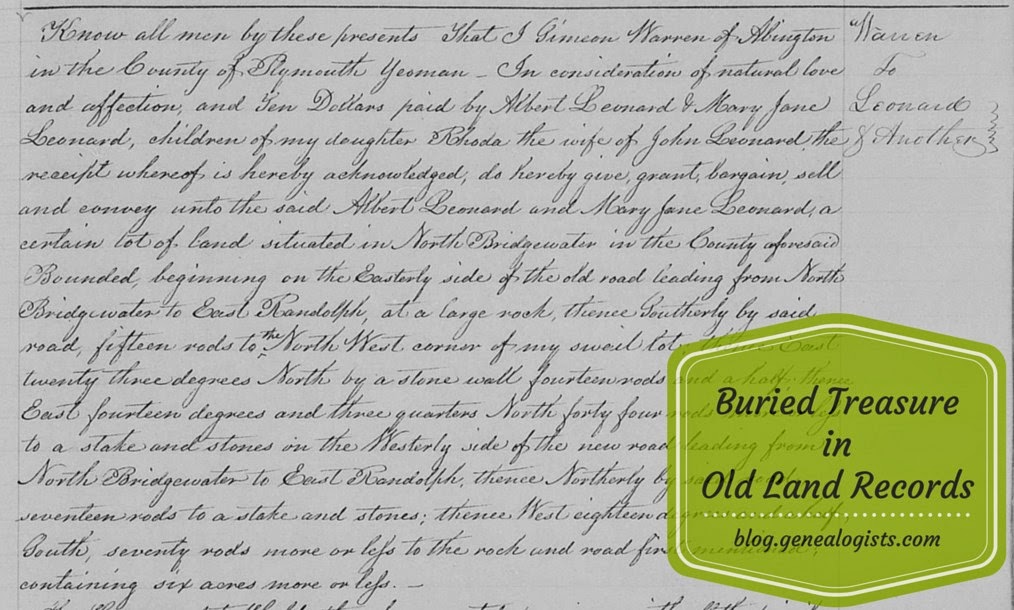 While land records are not an obvious source of family history, they can provide valuable clues to an ancestor’s wealth and status, military
service, migration patterns, family inheritances, and direct relationships.

Owning land was a good indication of an ancestor’s
wealth. Many immigrants came to America with the dream of achieving this goal.
The more land an individual owned, the wealthier they could become. With
wealth, an increase in status generally followed. For many immigrants, the
dream of owning land in their native countries was nonexistent. The middle and working
classes, peasants, and the younger sons of land owners never had the
opportunity to own land until they came to America. Land provided a level of
self-sufficiency and security many immigrants had never known. In contrast, the
lack of land ownership can indicate an ancestor’s lower social class
and wealth.
One way of earning land was through military
service. Between the years, 1775-1855, the United States government encouraged
volunteer enlistments and rewarded military service by granting land warrants.
Soldiers who fought in the Revolutionary War and the War of 1812, as well as
several other military conflicts were eligible to receive land warrants. There are many different sources for discovering whether or not your ancestor received
a military land grant. The first step is to determine if your ancestor
served in the military. With the availability of military pension records from
the Revolutionary War and the War of 1812 on websites such as Fold3, it is
becoming easier to find a military ancestor.
During the nineteenth century, western expansion
of the United States created more opportunities for land ownership. The Homestead
Act of 1862 allowed any adult citizen to claim 160 acres of land, provided they
remained on the land for five years. Many took the deal and moved west. Several
homesteading acts followed: the Southern Homestead Act of 1866, the
Timber Culture Act of 1873, and the Kincaid Amendment (1904). If your ancestor
migrated west to states such as Kansas or Nebraska, perhaps they benefited from
one of these Homesteading Acts. 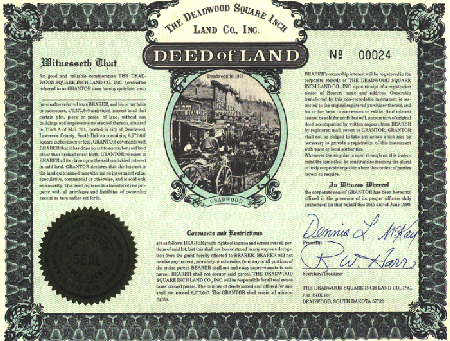 In some cases, the best part about using land
records is finding evidence of familial relationships. Parents often deeded
land parcels to their children, or even to their grandchildren. Occasionally, aged
parents gave away land before their deaths to avoid the probate process or as a
wedding gift when grown children were married. This would ensure that the land
stayed in the family for future generations as well as keeping children (and
grandchildren) close by.

While Family Search has a wonderful collection of
land deeds online, not all states are available. Eventually, the collection
will be expanded. Currently, over a third of the United States is not represented.
Some states such as Indiana or Nebraska, which played a huge role in various
periods of western expansion, military land grants and homesteading, are yet to
be digitized. The records are available only on microfilm or through local
archives. The states whose land records are available are not indexed and must
be browsed individually. Luckily, Genealogists.com has a network of
professional genealogists and researchers who can track down land records and
related documents wherever they may be found. What buried genealogical treasure
is waiting for you in a land record?


by Deborah Sweeney © 2015, Genealogists.com, All rights reserved
Like what you read? Subscribe to the Genealogists.com blog above and automatically receive our next article.