You are here:
2 CommentsUncategorized 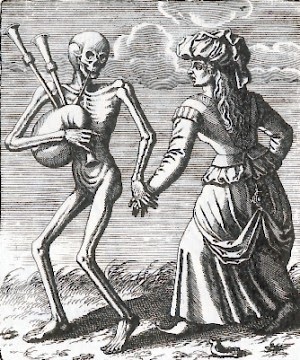 One way to research a family in this type of situation is to “marry ‘e m and bury ‘em.”  I’ve loved the catch phrases that have come about this week!  The first goal of this research project was to determine the mother’s maiden name.  Based on the birth dates of their children, the Deans had probably married sometime during 1840-1843.  Marriage records, however, aren’t available until 1911.  Land records and probate record
Marriage records weren’t applicable in this case, so I searched for death records by tracing the children through the census records to determine where they had passed away.  This proved to be difficult.  I had no marriage records to consider, and I had to get pass the 1890 census.  Out of the 8 children, I was only able to “bury” two.  And then I found an obituary, listing the surviving relatives and their locations, leading to more “burials.”  The mother’s maiden name was listed as unknown on all of them, except for one.  Finally, a lead!  The obituary also listed a Reverend that conducted the service, which led me to church records.  Thank heavens for the researchers at Genealogists.com who are able to search those records for me, and so much quicker and more affordable than obtaining the records myself!  They also found additional church records that I didn’t even know existed.s prior to the Civil War were also destroyed.  So the focus shifted to the children.   The mother’s maiden name would appear on a marriage record or a death record.
So despite a “burned county” I am well on my way to breaking through another brick wall.  Of course, the “marry ‘em and bury ‘em” method doesn’t always work, especially if longevity doesn’t run in the family.  Luckily, most of the Dean family lived to a ripe old age, at least long enough to leave behind a record that wasn’t burned!
[1] Mills, Elizabeth Shown. “A Case Study in Family Reconstruction Within a Burned County.” The Virginia Genealogist. July 1983 vol. 78.
by Lindsay Moore© 2013, Genealogists.com, All rights reserved