Our Arkansas genealogists research on location. They will find and analyze the best records available to further your family history research. They can search the archives and libraries in Arkansas, as well as help with other special research requests.

Our researchers are available to visit local archives and libraries to access unique record collections to help with your research. Below is a list of a few of the archives our Arkansas genealogists can access to further your research:

The Arkansas State Archives hold approximately 13,000 cubic feet of state records and manuscripts which all focus on the history of the state and its people. These include immigration records and personal histories. The archive also maintains religious records, including records with information on African American churches.

The Butler Center for Arkansas Studies is a genealogy teaching center for the local residents, as well as a genealogical source for information. Notable records of their collection include the Freedmen’s Bureau Records, which are the perfect aid for researching African American ancestors and are available in Arkansas Studies Institute research room.

The Southwest Arkansas Regional Libraries Archives (SARA) is part of the Arkansas State Archives. SARA focuses on collecting primary and secondary sources related to the history of the southwest region of the state. The collection includes letters, diaries, maps, photographs, newspapers, and broadsides (a large sheet of paper, ex:posters, proclamations, etc.).

The SARA also has a general Arkansas reference library. Some of the interesting items in this collection includes the Robert B. Walz Photograph Collection which contains 2,500 photographs of the region over the past century or so, and the Nan Robson Brown Collection which has genealogical information and photographs of Arkansas’ first governor James Sevier Conway and his descendants.

The University of Arkansas’ Special Collections Library has genealogy records that include information concerning statewide sources, courthouse addresses, funeral homes, libraries, chamber of commerce records and newspapers. Our Arkansas Genealogists can search the library on campus in your behalf. 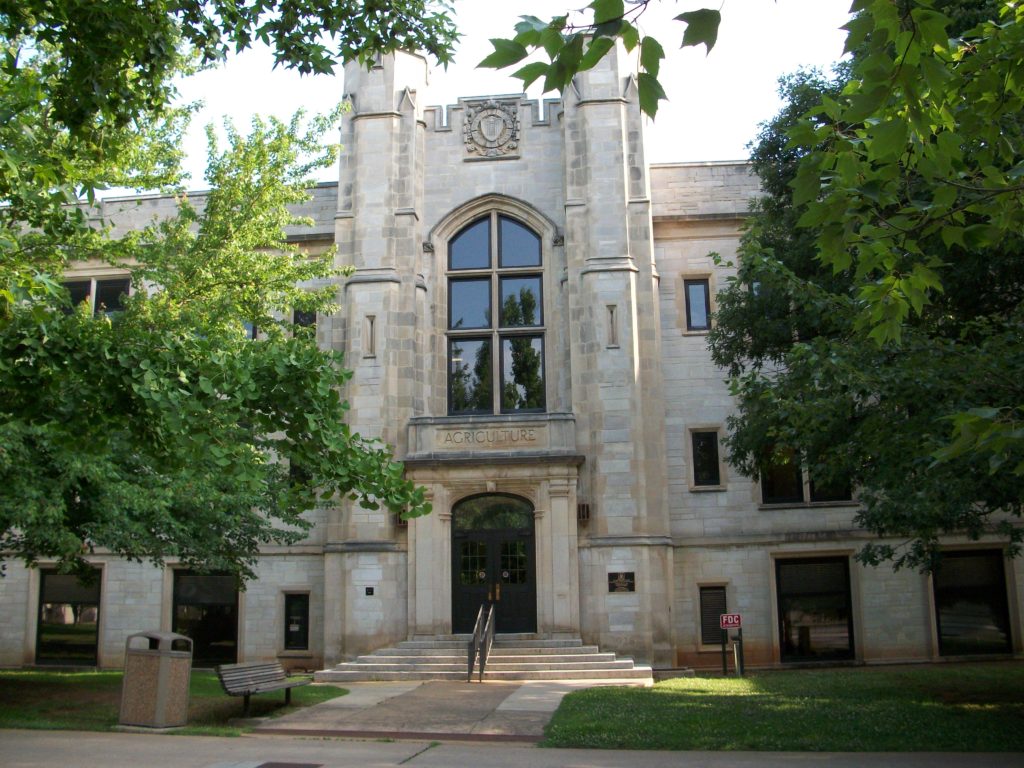 Agriculture Building at the University of Arkansas

The University of Central Arkansas has several important genealogical books in its Torreyson Library. Some of these texts include information on Spanish and French colonists in Arkansas from 1686 to 1804. Researchers can access military information in these texts such as pension requests from soldiers in Arkansas who served in Revolutionary War, the War of 1812, the Indian War, and the Mexican War.

The Arkansas History Commission State Archives contain over 4,000 manuscripts and over 500,000 images. The newspaper collection at this location includes 3,000 titles published in 250 locations throughout the state of Arkansas. The oldest newspapers in their holdings date back to 1819. The archives also contain Arkansas deaths (1819-1920) and land records (1853-1956). Military records held here include service records, casualty lists, and military correspondence. They also hold muster rolls, narrative battle reports, pension records, and discharge papers.

The Arkansas State Library contains maps, newspapers, and magazines. It contains bibliographies and indexes. Directories, grants, and scholarly journals can be accessed here by our researchers as well.

Other Arkansas repositories our researchers can visit include:

Arkansas religious records are closely tied up with records of African American genealogy from the state. Several churches were segregated and thus there are records and information specifically for African American churches. One of the most famous of these churches is the First Missionary Baptist Church in Little Rock Arkansas. This is the oldest black church in the state and was founded in 1845 by Reverend Wilson Brown, a self taught slave minister. It is also the site of several important events in the history of the civil rights movement. Martin Luther King spoke at the church in April of 1963. 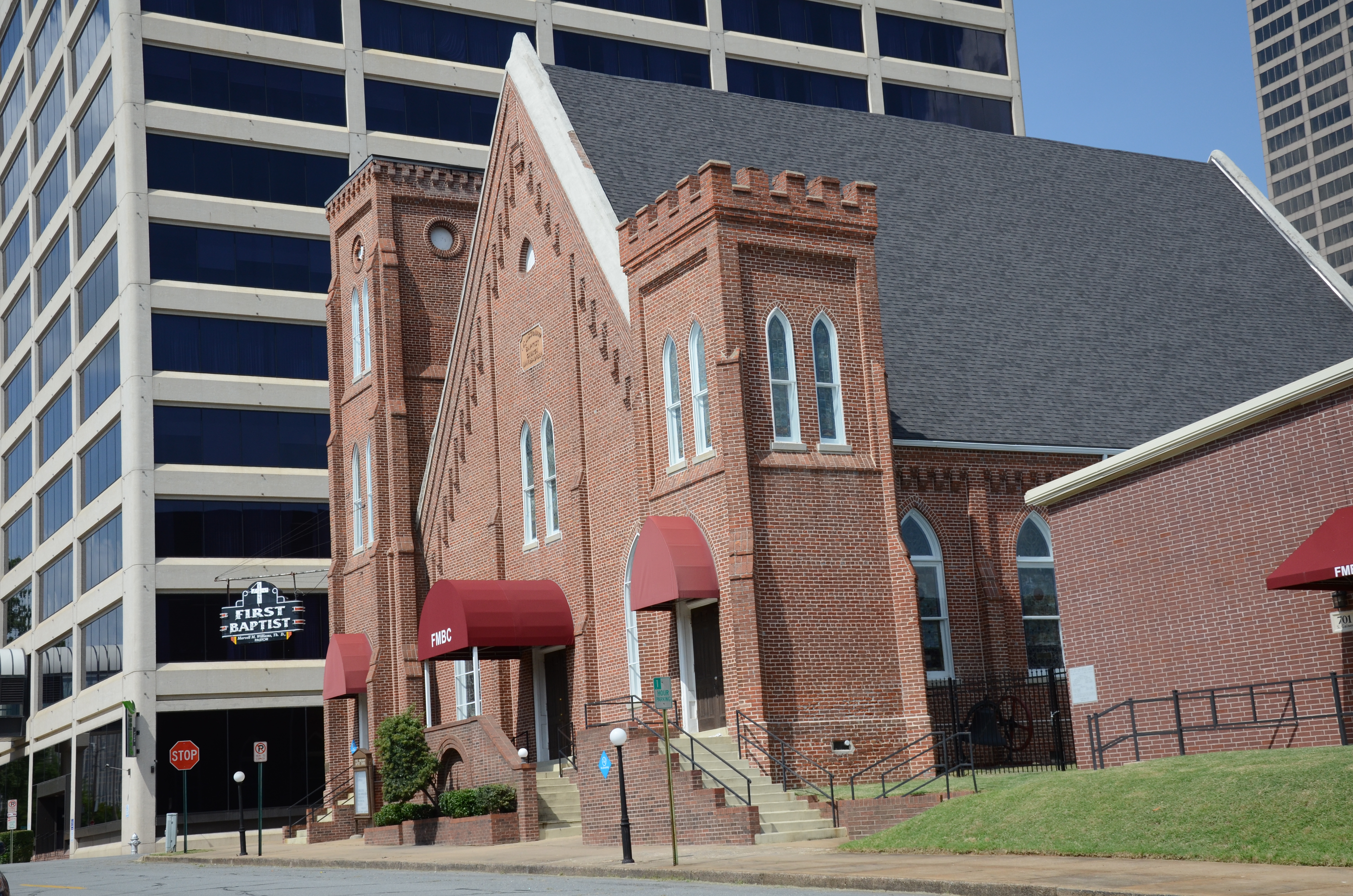 Bible records are also a wonderful source of genealogical information about ancestors from Arkansas. Historically, many families gave their daughters family bibles as a wedding gift. These bibles sometimes contained information about their ancestors, including dates and locations of birth, marriage and death, as well as the names and maiden names of parents and children. Many of these bibles were later donated to libraries and archives.

French and Spanish Colonists in Arkansas

Before American settlers came to Arkansas after the Louisiana Purchase in 1803, the state had already been colonized by French and Spanish settlers. Some of these settlers first came as early as the 1600s. Our genealogists can search the records of the different counties available and find information on your early European ancestors.

Our Arkansas genealogists specialize in researching several types of documentation and are not limited to the list above. For more information or specific inquiries about our genealogists, please feel free to contact us.