You are here:
Leave a commentgenealogy research, German genealogy 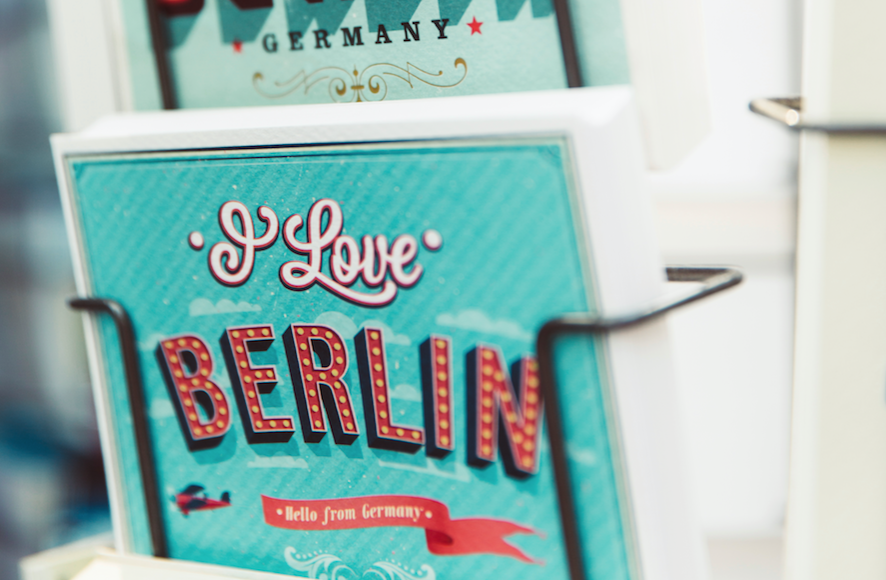 In this case civil records are great. But even if your ancestors left during the late 19th century or during the whole 20th century civil records are great sources. They often are a very good starting point from where one easily can go back or forward in time because civil records show where one was born, can provide you with names, dates and places of your relatives. And for the 20th century they are essential because here every person is included while due to deconfessionalization (especially in the GDR) church books became less important for research. But from which point in history on can we find civil records for Germany? When administrational orders did give impulses on what should be written down and what not? And with what kind of information can we count then?

When do civil records start in Germany?

Have you ever thought that the German civil records started with the French Periode (1794-1815)? When I started way back then to dive deeper into the history of civil administration in Germany I was quite astonished about this fact but shouldn’t have been. The mind of the Enlightenment changed borders and societies and lead in the end to the modern form of democracy. But what does it have to do with the civil records?

After the French Revolution the French National Convention and later a council of four lawyers Napoleon chose worked on a legal system that should replace the feudal laws of old (that were often contradictory) and even more important, to establish a law that was binding for all French people (before in the north of France common law was custom and in the south the courts were still operating by the roman law). The body of laws was called Code civil des Français or just Code Napoléon. State laws like the Code civil existed before Napoleon in the German speaking lands for example in the Habsburgian empire since the 1780th and in Prussia since 1794. But the new attempt of dividing between state and church came with the new French law to many countries in Europe and influenced law and state building in the Modern Age. It relocated the responsibility of gathering and counting the population from the church to the state. In the German and French absolutistic monarchies and principalities the census of population happened mainly via second copies of church records that the local priest or pastor had to give to the court once per year.

In 1803 after a lot of won battles against his continental opponents Napoléon was able to dictate Emperor Joseph II. of house Habsburg the end of the Holy Roman Empire. With the ‘˜Reichshauptdeputationsschluss’ (the German mediatization) came the secularization of all the still existing ecclesiastical principalities Â and the founding of new French satellite states on German ground.

As earliest the lands left of the river Rhine came under French jurisdiction (in 1798) by 1815 when Napoléon’s rule ended, the Code Civil had been in in place in large parts of western and northern Germany (the Kingdom of Westphalia, the Rhineland, the Grand duchy of Baden, the Electorate of Brunswick-Lüneburg (also called Electorate of Hanover), the Duchy of Hesse, the Duchy of Nassau, the Duchy of Frankfurt, free cities like Luebeck), parts of nowadays Poland (the Duchy of Warsaw), Luxembourg, Belgium, the Netherlands, Denmark, Italy, Spain, Portugal and in Switzerland (in the canton of Geneva the Code Civil was valid until 1912). In Germany the old law of the monarchies was restored after the Congress of Vienna in 1815 but in some parts like in the Grand duchy of Baden and the lands all along the river Rhine the Code Civil was lasting until the German countries were united in 1871 and the ‘Gesetz über die Beurkundung des Personenstandes und die Eheschließung’ (law on the marital status and marriage) became law in 1876.

Why is this historical development important for us Genealogists? Mainly because with the Code Civil a) the keeping of civil records were installed and b) in cases that we don’t have a church record tradition it is important to know that they are there. While the vast majority of records were only lead between 1808 or 1810 to 1815 we have areas where the civil records start in 1804 and were lead until December 1875. If you keep in mind that a standardized tradition for all of imperial Germany started only in 1876 having these early documents of civil administration is worth a lot. Like in the church records in this early civil records the place of birth, the date of birth, the parents, the profession the last address and maybe even children can be found. There were also registers for Jews and the so called dissidents by which other confessions were meant. Together with the police or register office documents (if they are there) you can trace the live your ancestors lived.

Administrational changes in the Civil Records

As I mentioned before with the founding of the German Empire in 1871 there came a standardized leading of civil registers for all Germany in 1876 (The first marital law). In some parts of Germany civil registers were installed earlier like for example in Baden (1870) and in Prussia (1874). The main change was that for leading the civil registers register offices were installed which worked below the mayor of a city. Once per year they had to give copies to the district administration. Registers were lead for birth, marriage and death. While the register books kept only the official document every register office collected also files for the act of a birth, marriage and death. They are precious documentations in which we can find additional information. While with a birth we can find additional papers and notes for an illegitimate child like an adoption, the marriage files can be very satisfying in regard of finding a first marriage or the legitimation of a child. In death files we can find the cause of death for example. In the civil records before the Weimar Republic we can find information on the full name of a person, the place and time of birth, the parents of a person, children in side notes, whether a marriage was for the first or a second time, the witnesses of a birth, marriage or death and the confession of a person. The latter was canceled during the Weimar Republic and came back to the civil tradition with the ‘Personenstandsgesetzt vom 03.11.1937’ (marital status law of November the 3rd in 1937) of the Third Reich in July 1938.

The marital status law of 1937 was meant to have greater control over the citizens of the German Reich and to make the deadly distinction between Arians and non-Arians, healthy and not healthy persons that lead to death of millions of Jews and other as dangerous for system marked persons. For Genealogists – as cynic as it might sound- the new law turned the civil records into little gold mines when it comes to finding out more about relatives and their history. The changes were made especially in the marriage records. Were the marriage records before were only lead for the couple that married the Nazis changed the ‘marriage record’ to a ‘family book’ with the purpose to show how in a racial and genealogic manner parents, children and the spouse could be set. The documents of this time are very explicit, having four pages with sections for the parents, their last living place, names, dates and for the children with also names and dates and a second part in which physical and mental characteristics and other notes were written down.

After World War II. both German states, the Federal Republic of Germany and the German Democratic Republic kept the Second Marital Law of 1937 with the exception of the contested racial passages until 1956 (in the GDR) and 1957 (in the FRG).

While in the Second Marital Law of 1937 the family book was kept in the town a couple married that changed in the FRG in 1957 when family books were lead where a couple moved to. Since 2009 the practice changed again with a large influence on the genealogist’s research.

Civil records in Germany were only to be seen of a direct relative since they were established in 1876. That meant that one had only the right to search in a direct line back in the history of one’s family. You were not allowed and had no right to search for your grandfather’s siblings for example. With the marital law of 2009 civil records for birth that are older than 110 years, for marriages that are older than 80 years and death that are older than 30 years are given to the public by changing the responsibility from the register offices to the local and state archives. Everybody who is searching outside the protection period can look the records up at the responsible archive. For the documents that are still within the protection period the limitation of the direct family lineage is active.

I hope I could show you some of the aspects out of the history and practice of how German civil records were lead and what you can find in the documents. There are a lot of topics I couldn’t touch. Maybe you were asking what became of the civil records that were lead in the former German eastern land. I will tell you more in my next article were I will be talking about this topic.

Click here to receive help from an expert with your German genealogy research.