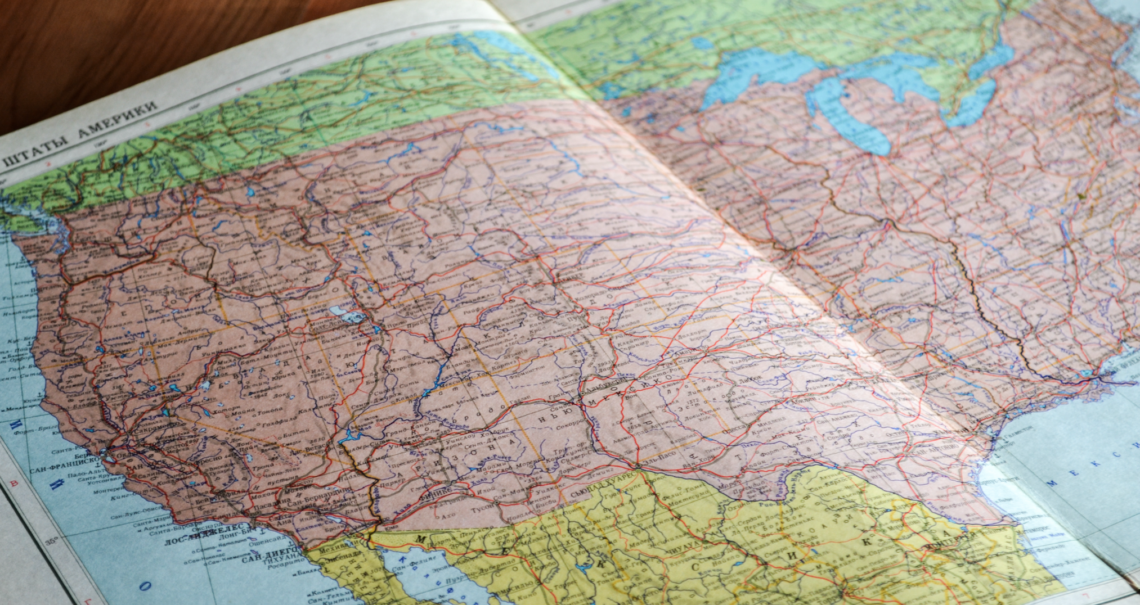 Your ancestors lived in and were a part of a community. They may have purchased land, attended school, voted, celebrated life events, gone to war, owned a local business, advertised in the local paper, attended church, or broke the law! And there could be a record of any one of those everyday occurrences in a life. Clues, possible records await, but as the Music Man said, “yah gotta know the territory.”

Family historians often hunt for the most obvious of life event records – birth, marriage, death – but with some knowledge of the place, the life of your ancestors could become far more complete, even colorful! A study of place, within the timeframe of your ancestor(s) life there will very likely yield new discoveries about them.

I recently researched Eva Gillan and her siblings, who in the 1870-80’s attended Illinois Wesleyan College in Bloomington, McLean County, Illinois. Eva’s parents, James and Sarah McClure Gillan, were Irish immigrants from County Antrim, arriving in Philadelphia about 1846, where they stayed about 2 years. According to James’ obit in 1907, the family migrated to Tazewell County, Illinois, “traveling by steamboat down the Ohio River and up the Mississippi and Illinois Rivers to Pekin [Illinois].”


What no wagon train?! No, the Gillan family traveled from Philadelphia to Pekin, Illinois by waterways (this tidbit found in a county history). This is a researchable moment…was this a common mode of travel in the 1850’s? What records exist of the steamboats and river travel of the time? Maybe passenger records exist. How much would it have cost? How long did it take?

After a few years in Tazewell County, James and Sarah moved to the next county, McLean (1865). James bought a large farm of 600 acres. At that time, McLean County was a prosperous place with a sizable population, flourishing businesses and train service. In 1850, Illinois Wesleyan College was established in Bloomington, Illinois.

From my research, I found that James help establish a school in his area, gave land for a cemetery, served as a county supervisor and Justice of the Peace in McLean County. He and Sarah were literate and educated people who sent at least 5 of their 10 children through school and on to college at Illinois Wesleyan and Illinois State at Normal….daughters too!

How did I find out the Gillan children went to Illinois Wesleyan…or that James was so active in his community? Hints in daughter, Eva’s obit about her going to Wesleyan and Illinois State. So I contacted both schools and was able to get transcripts and other details on siblings who attended. Schools have archives and I’ve found helpful historians and librarians at schools who are glad to help. The archivist at Wesleyan also sent me a copy of book about the history of not only Wesleyan, but the development of McLean County.

Getting to know McLean County involved contacting the area libraries, courthouses, exploring county history books and genealogy journals and newspapers in the area. The local courthouse, too, yielded land records, estate and death records. I was able to find Gillan relatives and descendants of James or his siblings still living in the area, leading to a fruitful exchange of family research and adding cousins too. There was even a story of James’ horses running off with his buggy in the local press!

James Gillan (wife, Sarah died 1880) lived in Martin township, McLean County from 1865 till his death in 1907. It was a time of great changes in that county and “knowing more about the territory” certainly led to finding more about their lives and who they were as people too.