Archaic Words and Phrases in Genealogy 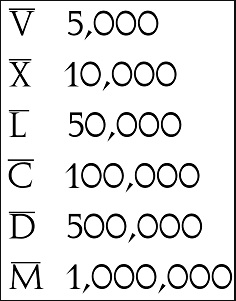 When we succeed in going further back in our family history research, it is likely we will start to encounter words and phrases that are unfamiliar or appear to be “out of context” according to modern usage.  Some of these words may be now obsolete jobs, others archaic terms. A knowledge of the meaning of these terms can be helpful when you have undated documents that form part of the research.  Knowing when and where words have entered and exited common use is can help you determine an approximate date range.  For example, if a letter mentions something heard on the radio, chances are your letter is post 1912 (opening of the world’s first purpose built radio factory in Chelmsford, England by Marconi). It can be slightly more difficult when a word remains in use but its meaning changes–in this case, an incorrect assumption could send you down the wrong path!

Words that were in common usage in the past may now be considered inappropriate, even hurtful, insensitive, abusive, or offensive and occasionally just plain hilarious.

We sometimes find headstones that have a date carved in Roman Numerals. Despite the fall of the Roman Empire millennia ago and modern day usage of Arabic numerals (1,2,3, etc.) Roman Numerals continued to appear throughout history, and we still use them today.  Appearing alongside the names of popes and monarchs, the hulls of ships, and still used by the film industry among others.

Developed for purposes of commerce, the Roman Numerical system is primarily a counting or tally system.  If you don’t remember these numbers from your school days, each tally stick or notch represented “one”.  Every fifth notch was then double cut to form a “V” shape, and every tenth notch double crossed to form an “X”.  Roman Numerals do not have a zero “0”, no negative values and only 7 digits

When one or more numerals are used to form a number, the value of each symbol is (generally) added together from left to right commencing with the highest value digit.  The exception is where a lower value numerical digit is placed in front (to the left) of a higher value digit.  When this happens, the lower numerical value should be subtracted from the larger.  This usually kicks in one digit away fro
m an incremental increase to the change of digit.  (The purpose of this practice is to shorten the string.)

Occasional variances do occur, some very old manuscripts just keep on adding numerals without using the subtraction rule.  A few indicate a multiplication requirement by placing a bar – above the letter meaning you multiply the number by 1,000.  Instead of writing 6,000 as MMMMMM it may appear as VI with a bar over the top

If you have British heritage, you may encounter old documents that were dated by their regnal year.  This is particularly common with pre-17th century deeds. A regnal year is calculated from the day, month, and year of accession to the throne.  By this calculation, Edward VI’s regnal years falls between 28 January 1547 and 6 July 1553.

If you are in doubt of when which King or Queen reigned when here is a quick reminder.

If you find documents that you are unsure of the meaning or the meaning seems out of context (especially if they are undated) ask for help.  With over 4,000 genealogists in most countries throughout the world, Genealogists.com has the combined knowledge and experience to advise you about historic phraseology.    If your local library has copies of old dictionaries, these too can be very useful to determine the meaning of a word during the era in which it was used.

To learn how the world’s largest family history research firm can help you learn about your ancestors, email [email protected].

About the Author: Jayne McGarvey is a professional genealogist with Genealogists.com.  Jayne has over a decade of researching Northern Ireland records and archives.  She provides expert tips, tricks, and information on Ireland (mostly Northern Ireland), mingled with some humor.