These Famous Kin of Thomas Jefferson Will Surprise You 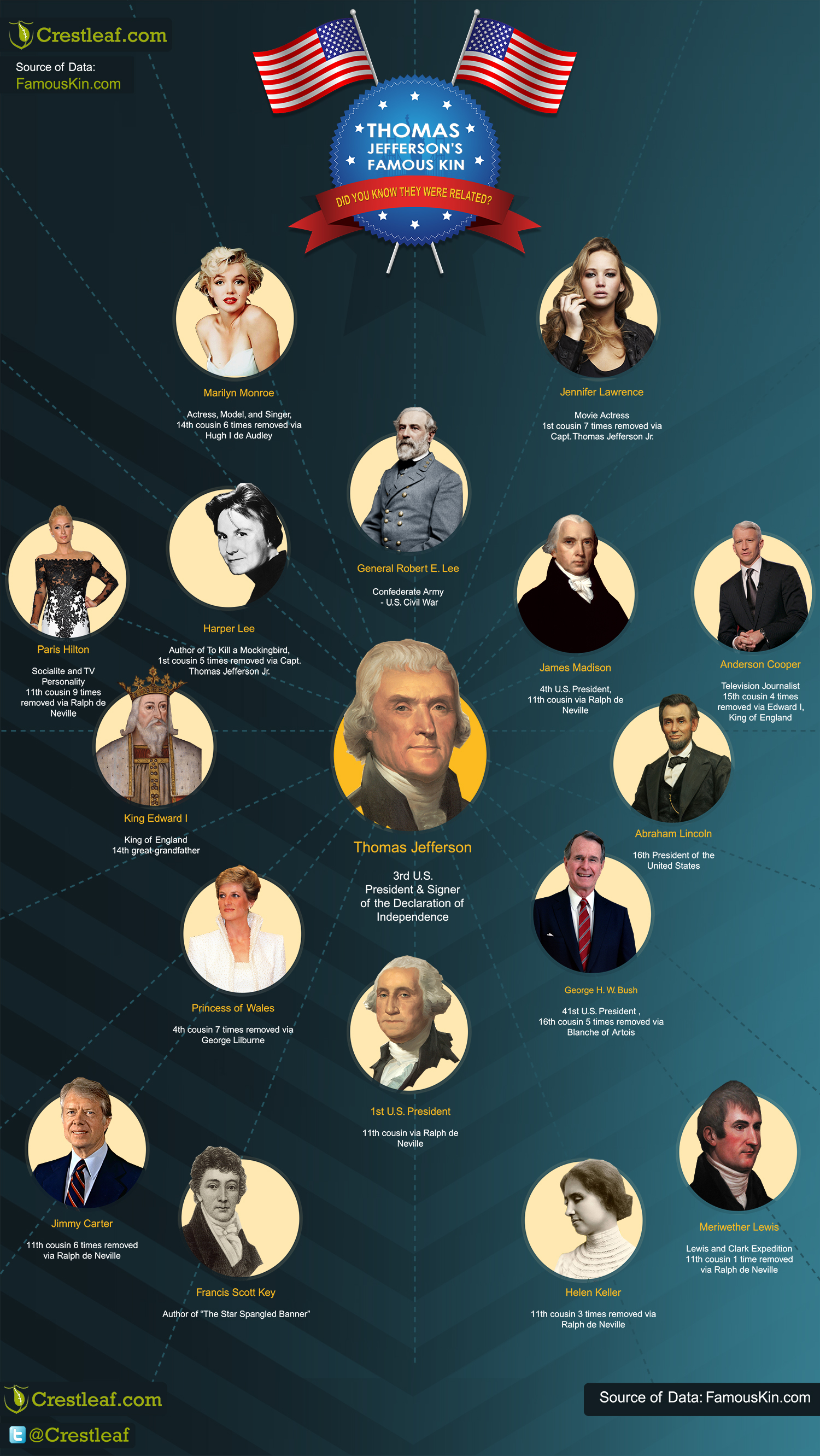 From Prince William to Paris Hilton — Yes, We Are All Related!

Thomas Jefferson. To Americans, the name itself rings of life, liberty and the pursuit of happiness. And to this day, the third President of the United States is considered one of the truest, most steadfast patriots to have ever lived; a man who helped free the American colonies from British rule by helping to establish the Declaration of Independence.

Download or share this fun graphic ——> HERE
In addition to being the principal writer of one of the most treasured documents ever known, this Founding Father of the United States also played a hand in the creation of some other widely adored and influential United States Presidents — and even some famous celebrities.
This infographic highlights a number of Jefferson’s famous kin who undoubtedly share his good genes. Download the full version and see for yourself!

See the full list of famous kin below… Are there famous people whom you’ve been shocked to discover are related to you? Let us know!