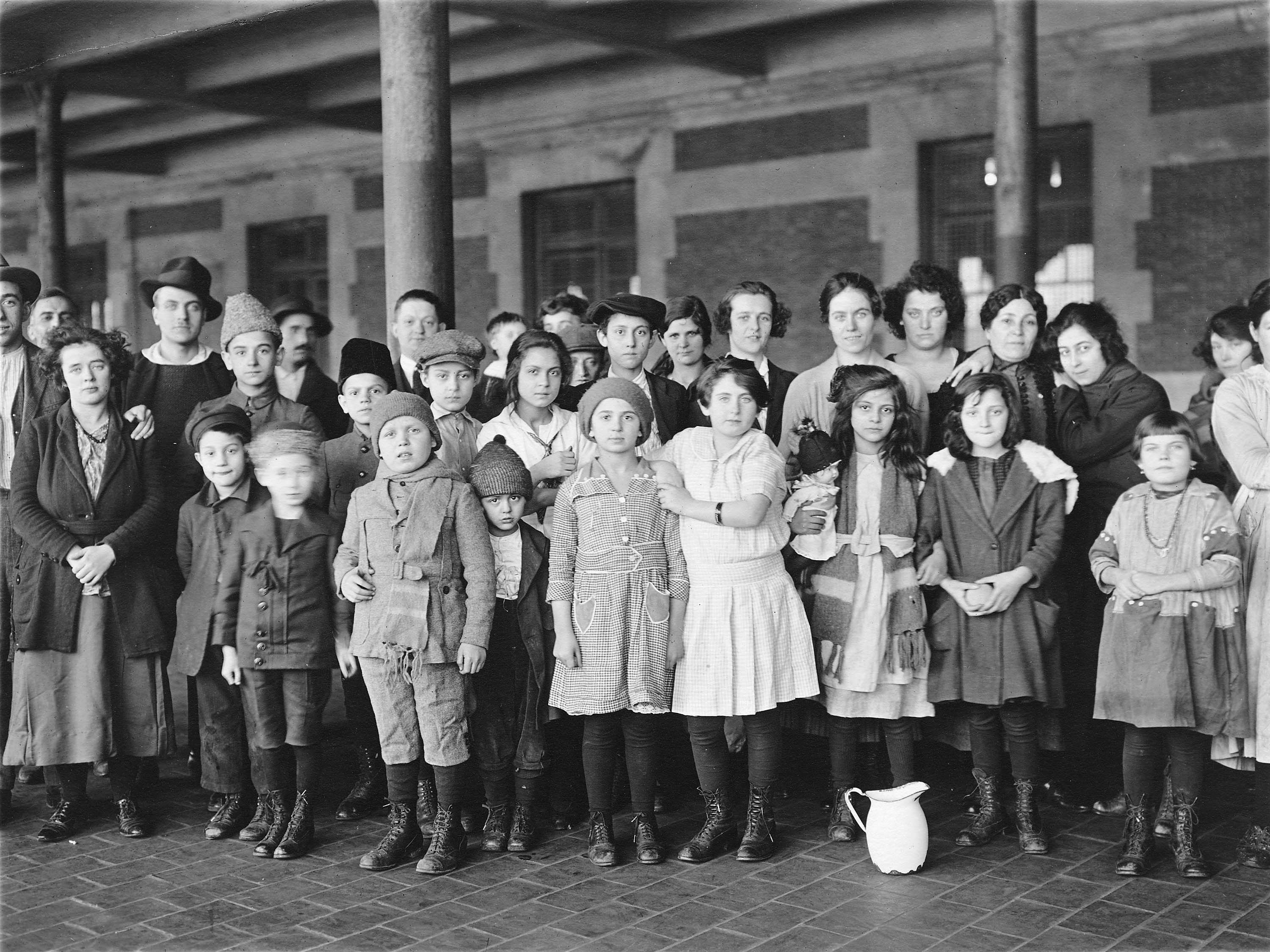 (Thanks to Crestleaf family tree for sharing their blog post with us.)

You’ve probably heard this story from at least one of your family
members: “Your ancestors’ names were changed by inspectors at Ellis
Island.”
Though this theory behind ancestral name changes is still a popular
one, there is historical evidence that tells a different tale. So why do
you stumble upon so many instances of ancestral surname changes while
conducting family history research? We’ve decided to debunk the mythical
Ellis Island name change story and provide you with the real truth
behind the name changes of your immigrant ancestors and why you may not
be able to find family members in your research activities.

One theory behind immigrant name changes is that when speaking to
clerks upon their arrival to Ellis Island, your ancestors may have
spoken with heavy accents that resulted in first and last name spelling
errors. For example, the clerk may have spelled surname Jensen as Jenson.

Another theory behind the infamous tale of Ellis Island name changes
is that the clerks felt they needed to change your ancestors’ names in
order for them to sound more “American.” Perhaps Peeters looked too European, so the inspector wrote it as Peters instead.

As you likely know, some of our ancestors didn’t speak a lick of
English upon arriving to the United States. Another theory expands on
this subject saying that your ancestors could’ve simply given incorrect
replies when the Ellis Island inspectors asked them questions
regarding their names.
Maybe the inspector wrote down first name Tomas as a surname — or even spelled it Thomas.

This article
by the Immigration and Naturalization Service debunks these three
mythical name change tales. So what’s the real story behind Ellis Island
name changes of your ancestors and even famous celebrities?

The article mentions that Ellis Island clerks weren’t actually given
the job of writing down names of arriving immigrants. In fact, their job
was to check names from passenger lists already created prior to your
ancestors’ long journeys.
And those passenger lists could’ve been recorded incorrectly, thus
containing mistakes made in their own homelands prior to traveling
abroad. Another truth is that Ellis Island inspectors wouldn’t have been
able to land their jobs if they didn’t first speak several languages.
So even your ancestors who spoke with heavy accents and those who
didn’t understand English could still communicate rather easily with
Ellis Island clerks whether they were Irish…

The fact of the matter is, name changes did occur for various
reasons, but not until after your ancestors passed through Ellis Island.

Your immigrant ancestors likely came to the United States to find
work. Back then, anti-discriminatory laws were not in place so workers
with foreign names were often overlooked if they didn’t change their
names. Sometimes, they would find work, but then their bosses would
change their names so they were simpler to pronounce.

To Look and Sound More “American”

Some immigrants came to the United States to make money only to
eventually return to their homelands, but most wanted to stay in America
for good. And those that did stay often felt inadequate to their
American-born peers and Americanized their names themselves to fit in
with the crowd.

Most of Your Ancestors Weren’t Literate

Prior to the late 1800s most of our ancestors couldn’t read or write.
Literacy wasn’t even widespread in the United States until the 20th
century. In fact, as long as a written word was able to communicate a
message, it didn’t matter if the spelling was off — only pronunciation
and sound were taken into consideration back in the day. That means your
immigrant ancestors themselves “misspelled” their own names quite
frequently. And if they were completely illiterate, a lot of times a
literate non-family member would record vital information without ever
asking how to spell a name. This resulted in different variations of
surnames in civil records, church records, census records and wills.

Think about it. If your Russian ancestors with the last name Vokov
had to constantly spell their name for their peers, it would get quite
frustrating. Oftentimes when an immigrant encountered difficulties with
this, they would change their name. So, your Vokov ancestors could’ve
changed their last name to Wolf — the literal meaning of this Russian surname.
Because of these constant name changes, it’s likely resulted in some genealogy brick walls
when you’re trying to research your family’s history. Even back when
the name changes occurred, they created some problems within the
family. For example, too many different last names would end up in one
family making it hard for those who later had to prove their relation to
birth parents and other family members.

Other Popular Reasons for “Incorrect” Names

Other reasons for incorrect names include your ancestors using:

If you’ve been unable to find certain ancestors due to name changes, try some of the following tips:

If you enjoyed reading this, you’ll love our post on why your ancestors didn’t smile in old photos. Give it a read and then add some of your own vintage photos to your Crestleaf family tree!

Ancestors who changed their names make those brick walls even harder to break down. We have the tools to help you scale that wall. Need help? Just give us a call at 800-509-1130 or email us at @ [email protected]