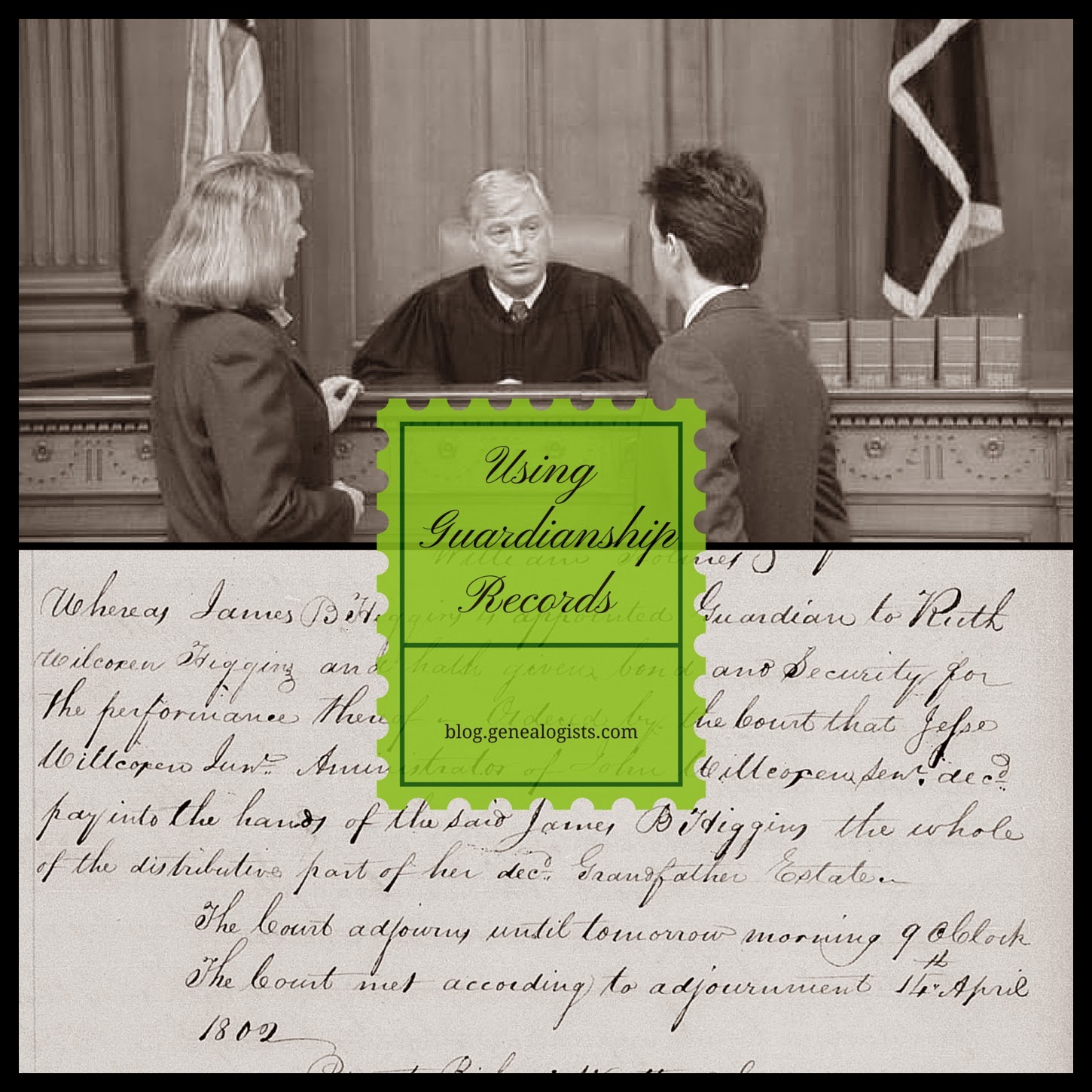 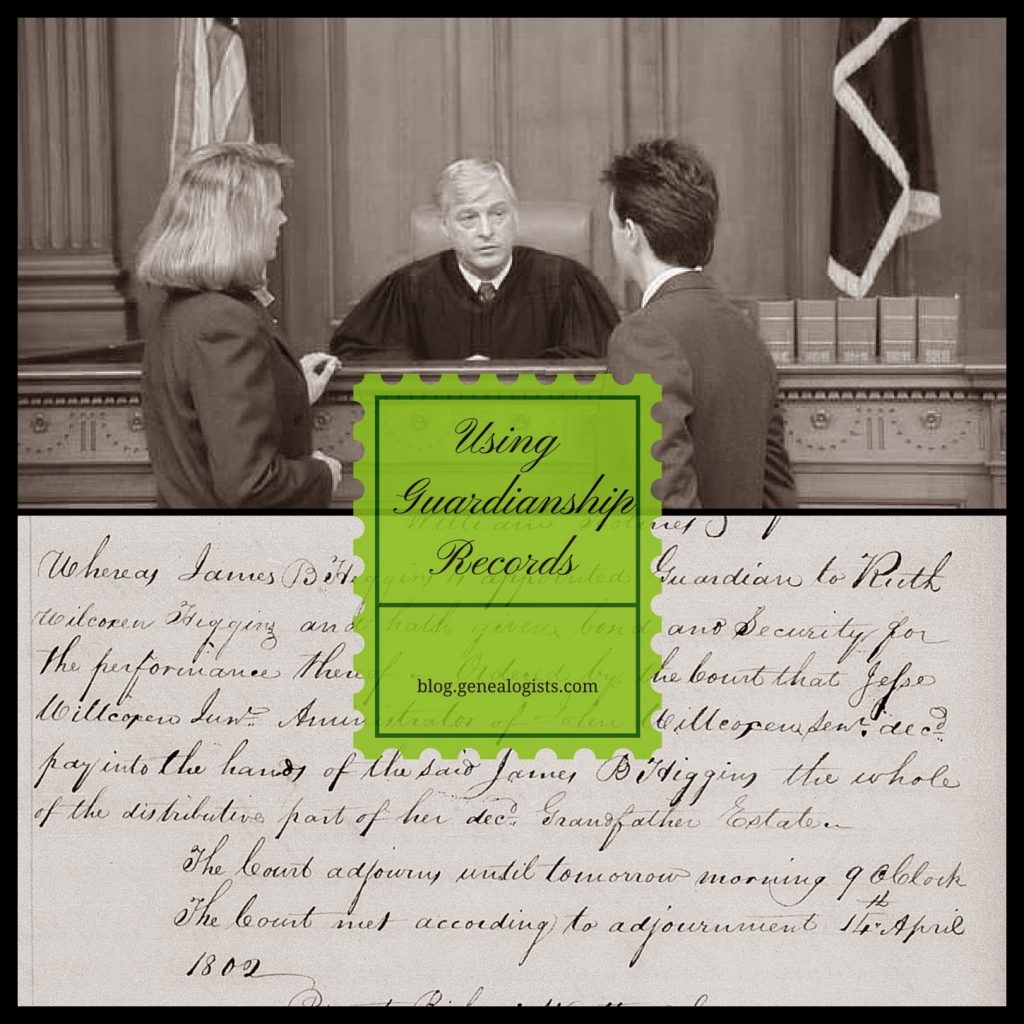 Have you ever come across guardianship records in
your genealogical research? And by the way, do you know what a guardianship
record is? Specifically, they are a type of court record that is often
under-used in genealogical research. In addition, many of these records are
not available online so a large percentage of people do not know about
them and an even larger percentage do not know how to use them.

The most common reason for the creation of
guardianship records is the death of a parent, and most generally, the father.
Before women were given full legal status, minor children were considered
orphans if their father had died. A male guardian was required to oversee the
financial interests of all minor children. Often, the male guardian was an
uncle or an older sibling who had already reached his majority. However, a
familial relationship was not required. It was the responsibility of the
guardian to manage their ward’s financial interests until they reached full
legal age. Most guardians were required to make annual financial statements to
the court and these records can provide a goldmine of information.
While most guardianship records do not state the
relationship between the minor child and the guardian, they usually state the
relationship between the minor child and the deceased parent. This can be a
great way to establish relationships, especially when other vital records
cannot be found. Guardianship records can also establish the estimated age of
the child. In most states, minor children under the age of fourteen were
assigned a guardian. Children over the age of fourteen were allowed to choose
their own guardian. Likewise, children reached their majority when they turned
twenty-one years of age in most states. Generally, the guardianship records indicate when a child reached majority and received final
payments or took over his or her own interests.
Another reason for creating guardianship records is when a child s left a legacy by someone other than a parent. Some states
allow parents to act in the interest of their children, but others do not. In
the case of Ruth Wilcoxon Higgins of Montgomery County, Maryland, she was left
a legacy by her maternal grandfather, John Wilcoxon, when he died in 1799. Ruth
received this legacy because her mother died in 1798 before her father, John
Wilcoxon. Ruth inherited her mother’s portion of her grandfather’s estate. Ruth
was a minor when her grandfather died, so her father, James B. Higgins, was
appointed her guardian.

If you have an ancestor that died with young
children, it is likely that guardianship records exist for those children. It
does not matter if your ancestor had a will or not, the appointment of a
guardian was required for all minor children.
Accessing these records can be a
challenge, since many are not found online, and depending on the jurisdiction,
the records may be difficult to track down. Hiring Genealogists.com will enable you to benefit from the knowledge of local researchers in specific localities and
court jurisdictions as well as be able to access local court houses and repositories.  As a result, guardianship records might be the best way to jump start your brick wall research.
by Deborah Sweeney © 2015, Genealogists.com, All rights reserved