10 Famous Immigrants Who Changed Their Names After Arriving in America 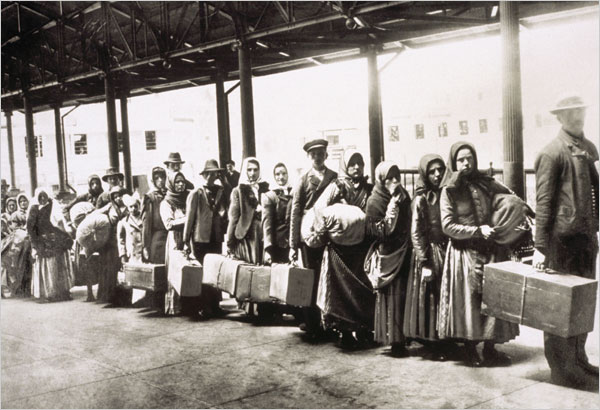 (Thanks to Crestleaf family tree for sharing their blog post with us.)
Ever hear that you can’t find your ancestors because their names were
changed upon their arrival to Ellis Island? Though this tale is
actually quite a tall one, some people do change their names later in
life for various reasons. You may know some family members who have done
this, but it’s an even more popular occurrence among famous
celebrities.

But whatever the reasons may be behind the surname (and even first
name) changes of both your ancestors and celebrities, they do occur —
just not by the discretion of Ellis Island clerks. In fact, the Statue of Liberty – Ellis Island Foundation
has provided information on some famous celebrities of yesteryear who
willingly changed their names after immigrating to the United States.

Do any of your ancestors share the following original names of these famous immigrants?

(Photo credits below: The Statue of Liberty – Ellis Island Foundation) 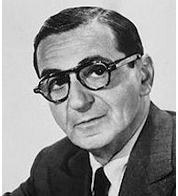 Famous Name: Irving Berlin
Given Name: Israel Beilin
Claim to Fame: Songwriter
Arrived in America: Sept. 14th, 1893
Irving Berlin is considered one of the greatest American songwriters
who ever lived. You likely know the words to some of his most popular
compositions like “White Christmas,” “God Bless America,” and “There’s
No Business Like Show Business.” But what you probably don’t know is
that this Russian Jew was given the name, Israel Beilin. 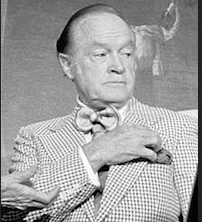 Famous Name: Bob Hope
Given Name: Leslie Hape
Claim to Fame: Actor & Comedian
Arrived in America: March 30th, 1908
When Bob Hope was born, he was given the English name, Leslie Hape,
before he embarked on a 60-year career as an infamous television, film,
radio and Broadway actor.

Famous Name: Xavier Cugat
Given Name: Javier Cugat
Claim to Fame: Violinist & Bandleader
Arrived in America: July 6th, 1915
Xavier Cugat was born in Spain and immigrated to the United States
where he popularized Latin music. Also known as “The Rumba King,”
Xavier’s given name was Javier.

Arthur Murray, or Moses Teichmann, was a famous dance instructor who
taught other famous people such as Eleanor Roosevelt, John D.
Rockefeller Jr., Elizabeth Arden and the Duke of Windsor how to dance.
You may recognize Mr. Murray’s name from the dance studio chain that
also bears it.

You may know this famous name from the Laurel and Hardy comedic duo.
Famously known as Stan Laurel, this funny actor’s given name was
actually Arthur Stanley Jefferson.

Born in France, Claudette Colbert’s original name was Lily Chauchoin.
You probably recognize this Academy Award-winning actress from her
roles in, It Happened One Night, Private Worlds and Since You Went Away.

The Italian-born “Latin Lover” Rudolph Valentino was famously known
for his roles in several popular silent films — and for his tragic death
at the young age of 31. His real name is quite long, and likely why it
was changed to something much shorter and Americanized. Try this one for
a true tongue-twister: Rodolfo Alfonso Raffaello Pierre Filibert
Guglielmi di Valentina d’Antonguolla.

Cary Grant was an English stage actor named Archibald Alec Leach
before becoming one of Hollywood’s most defining leading men in film.
His good looks, debonair demeanor and transatlantic accent were more
well-known than his real name, though.

Italian-born Charles Atlas’ bodybuilding program was very popular
with young boys who wanted to bulk up. In 1922, he changed his given
name, Angelo Siciliano, to Charles Atlas because a friend told him he
looked like the Statue of Atlas that sat atop a Coney Island hotel.

Austro-Hungarian-American olympic swimmer and actor, Johnny
Weissmuller used to have a far-less American first name — Johann. You
likely know him by another fictional name though: Tarzan.

Do you or your ancestors share first or last names with these famous
celebrities? Be sure to record the stories behind your ancestors’ names
in your Crestleaf family tree!

Name changes, or simply different spelling variations, can make tracing that elusive ancestor even more difficult. Give us a shout if your ideas have run out @