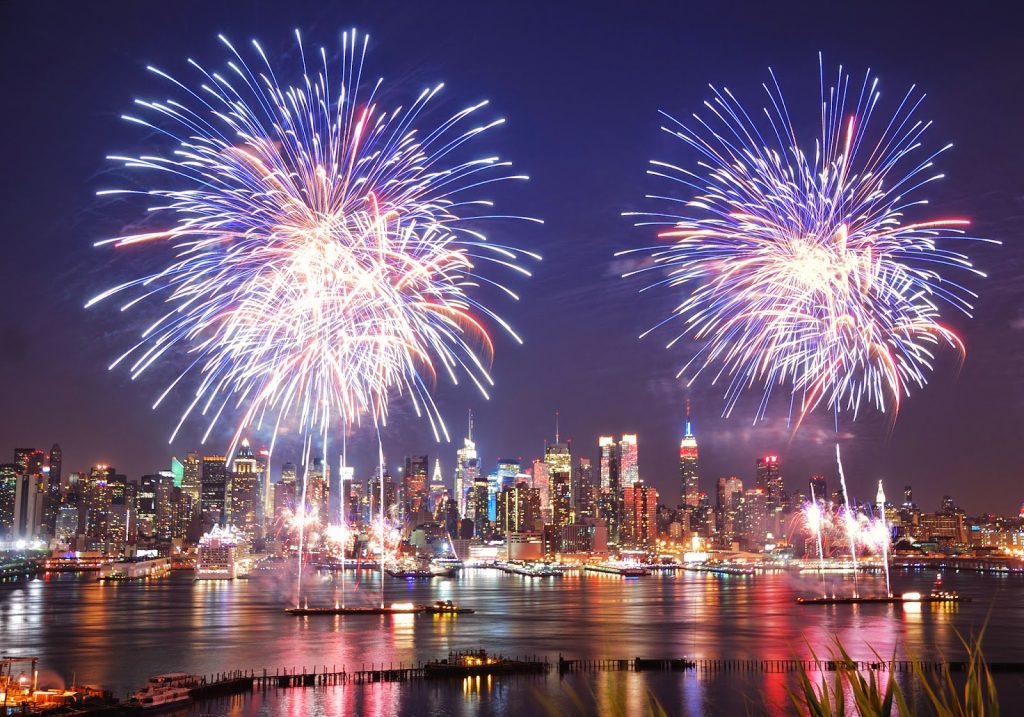 As family members and
neighbors gather together to celebrate the 238th birthday of
the United States, it’s a good time for talking with family members about how the holiday
was celebrated in the past. How many of your group can remember that
Independence Day became a paid federal holiday in 1941? Before then, it was an
unpaid holiday for federal employees starting in 1870.
Did your family or community
attend parades? What types of things were in the parades? Did anyone march or
twirl? Was there a pie or hot dog eating contest in town? What did everyone eat
at their cookouts? Are the same recipes still being used, handed down through
the years?
How did the traditions evolve
and change?  And fireworks… was it a private display in the
backyard or did the community provide the show? Ask some of the “older” people in
about the Bicentennial and what they remember.
In my family, we always
attended the local parade in Towson, Maryland. There were marching bands, baton
twirlers and lots of convertibles filled with local dignitaries, waving to the
crowds. There were fire trucks and veterans from all wars. There were even
horses with riders in cowboy hats and women in patriotic sequins! And lots of
clapping.
The parade took hours to
complete and people arrived hours before
it was scheduled to get a good seat with their folding chairs. It was important
not to have to stand for hours in the hot sun.
The kids ran around, not
really paying attention to what was going. The big thing for us was to run back
and forth across the street during breaks in the parade. The adults took the
opportunity to talk to neighbors and compare notes from previous parades. Or at
least that’s what I think they did since I was one of the ones running across
the street.
After that, we had a cookout
in the backyard and waited for dusk to arrive to begin the hike to the hill
with the fireworks. The fireworks were donated by a local appliance store
(Luskins). People came from miles to spread their blankets and doze off their
meals before the big event. You never know what was going to happen. Several
times, there were accidents when the rockets didn’t launch as planned and there
were serious burns to the volunteers in charge of the event. A big hush would
go over the crown until the ambulance would drive away, with their own display
of lights and noise. Other years, the fireworks exploded low and the crowd was
showered with tiny burning embers and ash. Most of the time, things went as
planned. The night sky would fill with bright colors in exotic patterns, while
the night air was filled with “oohs” and “aahs” from the happy crowd.
Luskins has long since closed
and the fireworks have moved to other places. New traditions were forced upon
the community. But if you ask anyone of a certain age, they’ll tell you that
the fireworks today are not as good as they used to be. And there will be a
wistful look in their eyes, as they remember going to the hill.
When you’re talking with your
friends and family today, remember to record the discussions, with video, audio
or just by taking notes and writing about it later. Keep the memories alive;
it’s what genealogists do.
by Victoria Kinnear © 2014, Genealogists.com. All rights reserved

click to go to our respective social media site

Be sure to subscribe to the Genealogists.com blog above to automatically receive our next article.