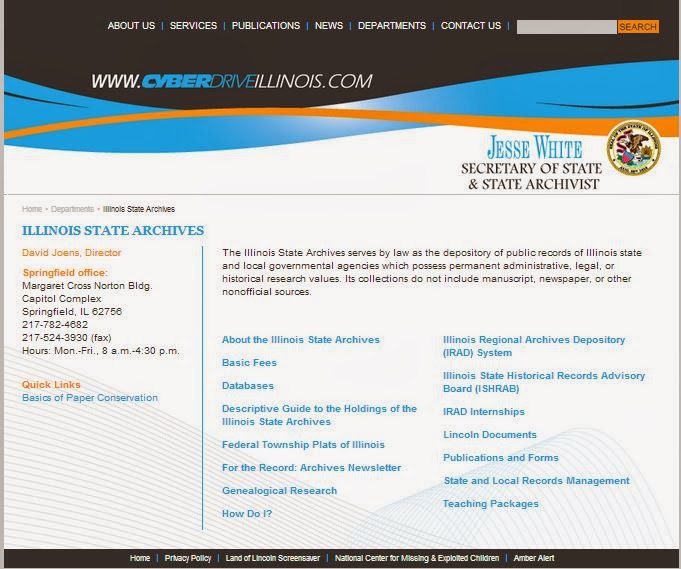 Today’s blog provides some tips on how to search State records.  For our examples, we will be using the Illinois State Marriage Index:  One of the Genealogists.com researchers was searching for a marriage of Nicholas Bradbury and Ida Allen. 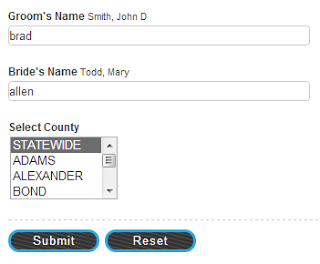 Example 1: I entered bradbury, nicholas in the Groom’s Name field and no results.  I then entered simply bradbury, with no first name and allen for the bride.  One result was displayed, but not Nicholas and Ida.  I then remembered how great this site is. You can enter just a letter or two, not a complete name.

So I entered brad for the groom and allen for the bride.  Nicholas and Idea came right up.

Turns out Bradburry is spelled with two “r’s”.  Never would have found this otherwise. 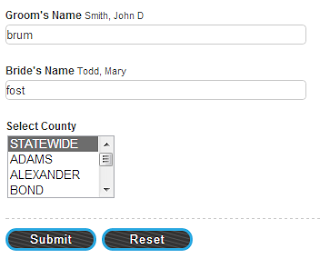 Example 2: I was looking for Samuel Brummell, getting married to Mary Foster. When I enter Brummell, Samuel, the marriage is not there.

However; when I enter brum for the groom and fost for the bride, they come right up.  He was indexed as S. M. Brummell. 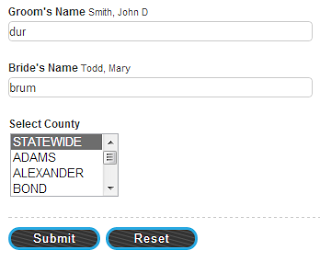 Example 3: From the deaths I found the surname of a spouse but had no idea on the first name.  The name was listed as Durr on the death.

I went to the marriage site and entered for the groom dur.  For the bride, the name was brummell.  So I entered brum.  The record came right up showing the full name Charles F Durr.

Note: Anytime a record is transcribed by the human eye, because of poor handwriting and spelling, you must know the tricks. 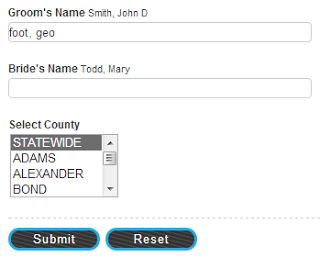 Example 4: The name I was looking for as the death record gave a mother I didn’t have.  So I wanted to see what the marriage stated. The name was George D. Foote married to Abigail Jane St. John.  That’s the spelling.

I went to the marriage site and knowing that St. John might be problematic, I entered Foote, Geo just like I have it in my database.  No results.

So I entered simply Foot, Geo.  (No “e” at the end of “foot” and no name for the bride.)  This time, it came right up.  It was indexed as Foot, George D and spouse was Saint John, Abby Jane.

I never would have found it with the information I had.  The wonderful thing is this search method works for that entire site.

Example 5: I had a Schuyler Franklin on the deaths listed with a spouse as emma nort…  I went to the marriage site, entered Franklin, sc and nothing else.  It displays a butchered Franklin, Schyrilor to Emma Northcut.